Barcelona has done a great job adding Bicycle lanes around the city from 2015-2018, making the city more liveable and fun. 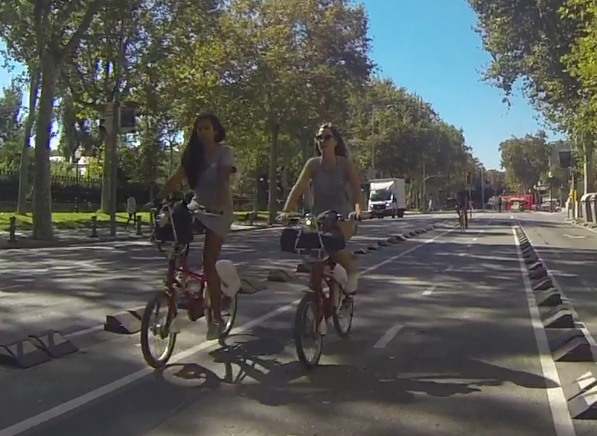 “Barcelona City Council aims to provide 308 km of cycle lanes by 2018, which would mean an increase of 165% on the figure quoted in the 2015 Strategic Bicycle Measure (a network of 116 kilometres). This means that by 2018, 95% of the city’s population would have a cycle lane within 300 metres of their home.”

What is going well?

What can be improved?

Having lived in two of the most bicycle friendly cities in the world, Amsterdam and Copenhagen, here is my list of things that can be improved:

1. What is wrong with Bicycle paths in the middle?

If I want to make a left turn here and need to wait for the light for 20sec, where should I wait? 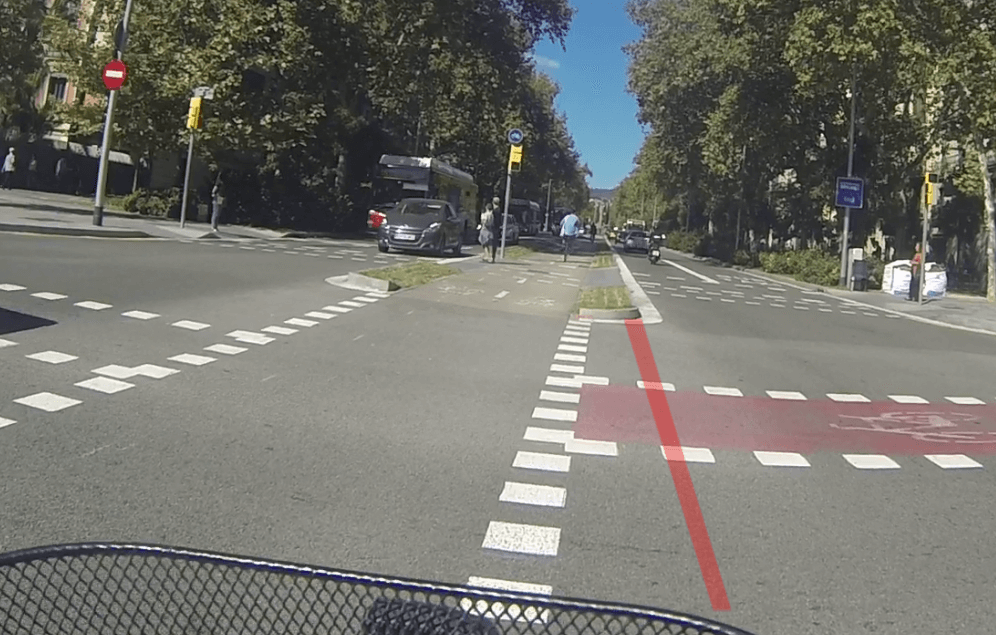 What if there are 5 more people with me who also want to turn left? Where should they wait?

Here is a car deciding to turn left, having to wait, and blocking bicycles from both directions!

Solution: Have the bicycle lane on the right side

This is clearly a design fail which could have been avoided if the bicycle lane whould be on the right side of the car traffic.

Here is a youtube video of a single ride which all the examples below occured:

Some of them are not related to infrastructure, but rather a lack of ‘tradition’ or culture, or lack of more bike riders.

More riders on the bicycle lanes = more visibility and more safety and awareness by car drivers.

Sometimes cars don’t want to miss the next ‘wave’ of green light jamming the bicycle path. 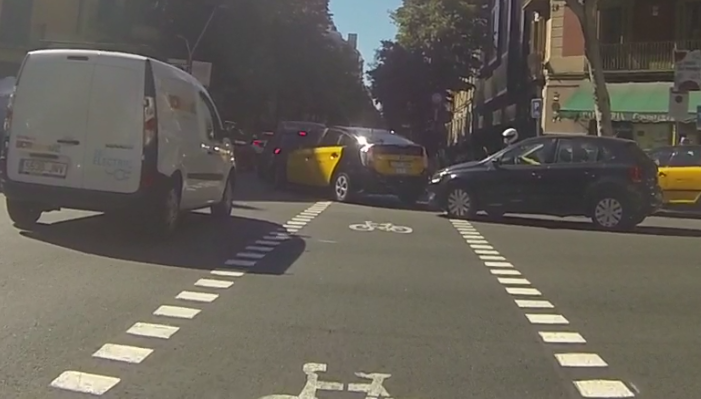 Solution: Painting the bike lane red might help. But the cars did not move until they saw more bicycles approaching.

Taxi stopping to let out passengers on the middle of a double bike path. 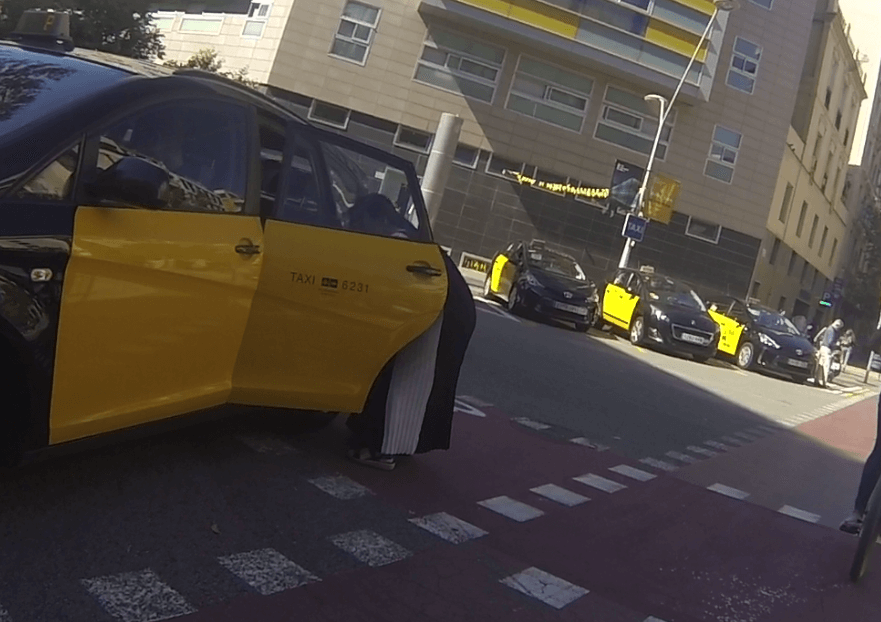 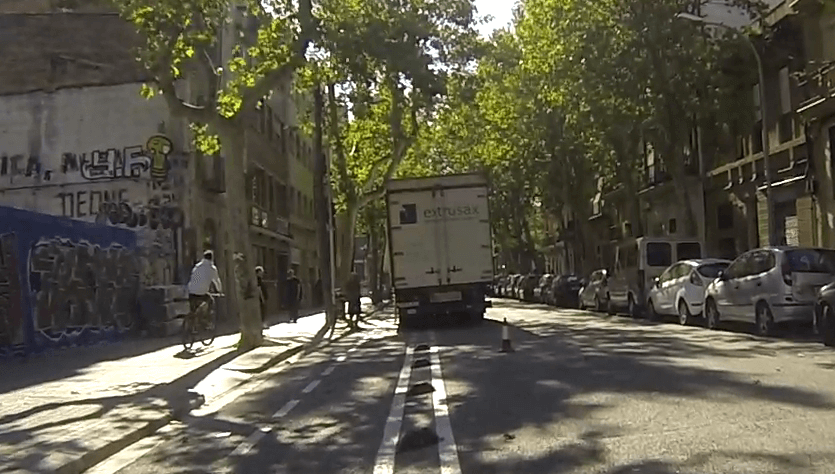 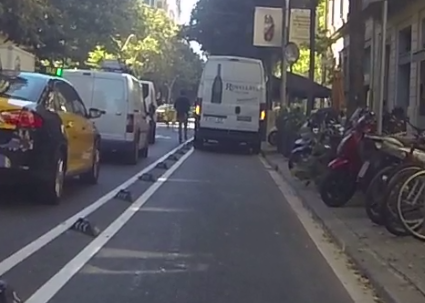 Pedestrian on an e-scooter stopping after the waiting line, and a van almost backing up into him. 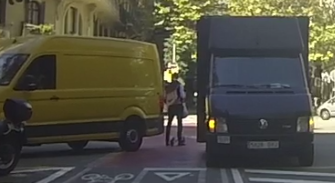 Here on the right side is a warehouse with big trucks often driving into the bicycle lane when backing up to the port. During that, they often hit the small separator barriers, breaking them, and creating danger for bicyclists.

All of these pictures were taken on the same ride.